Becoming Mrs Morrison: From “I Do” to Year 2

The lead up to the wedding was mixed with the usual cocktail of stress and joy emotions.
I’m grateful to God for everyone who was working with us to make things happen and for incredible family and friends who gave money, sweat and tears to celebrate us.

I’m especially grateful to my amazing bride squad who helped me find/confirm the dream outfits as well as remind me that I’m also allowed to take time off from looking out for everyone and actually be looked after for once.

The day itself, March 31st 2018 started with me thanking God that I’d got here – my wedding day, I couldn’t believe it. I was looking forward to getting dressed, exchanging vows and then, as the certified granny I am, going to bed with my husband and blissfully sleeping again after a day full of festivity and emotions.

I had an incredible time getting ready – hair, make up, photographer, mum, bridesmaids – everyone was firing from all cylinders and making it an amazing morning for me. 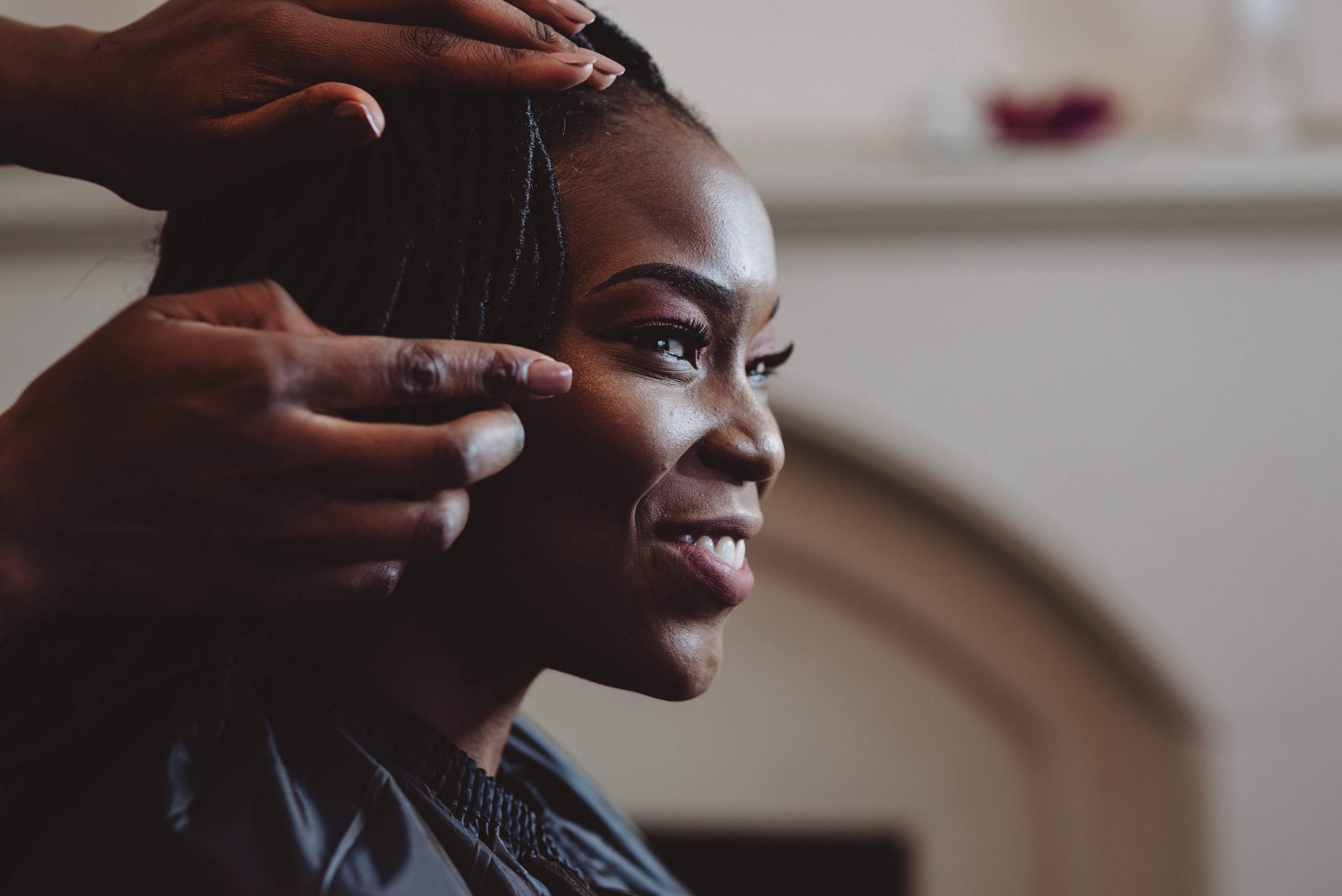 Loving the pampering I was receiving in the morning 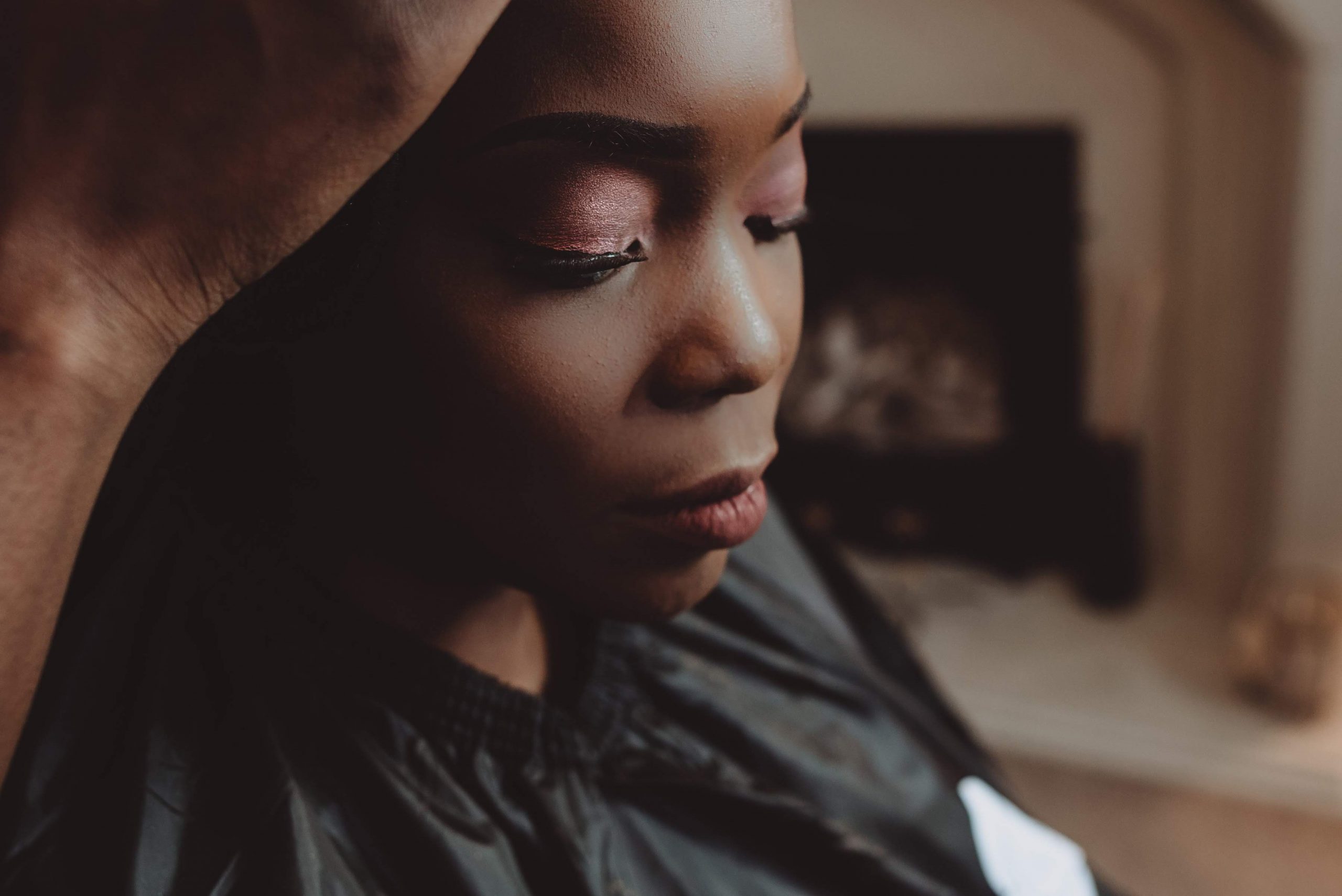 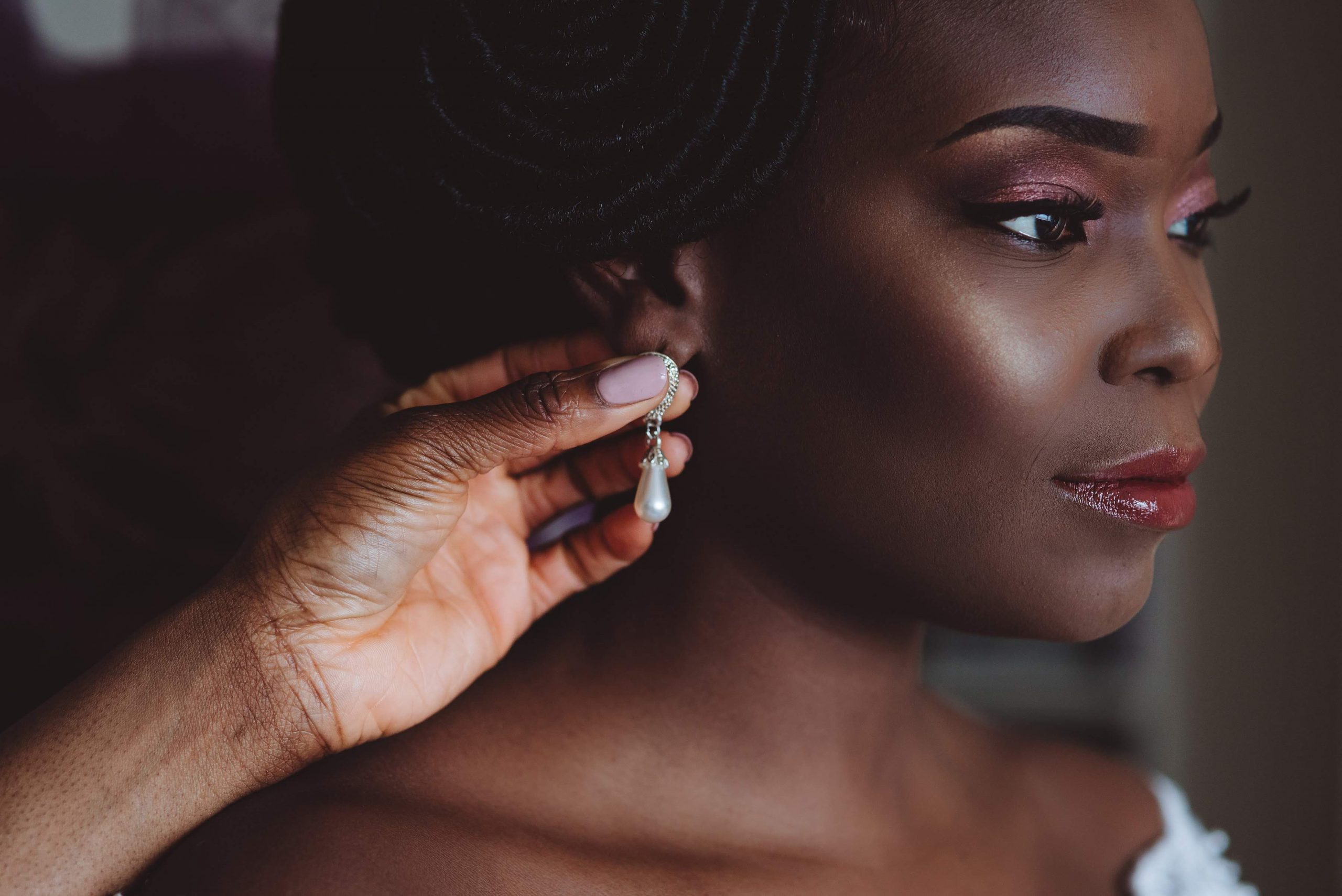 Jewellery from my mama 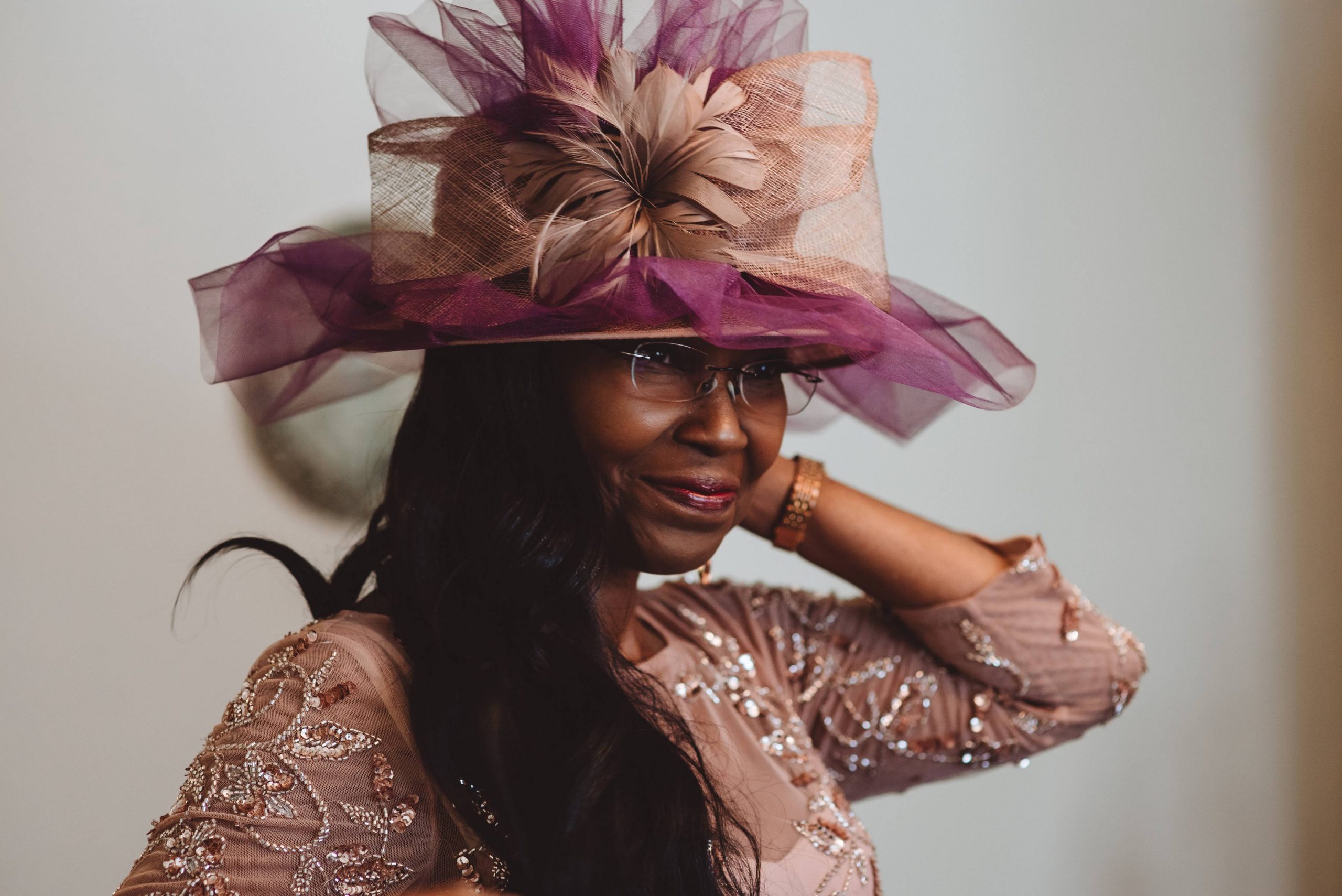 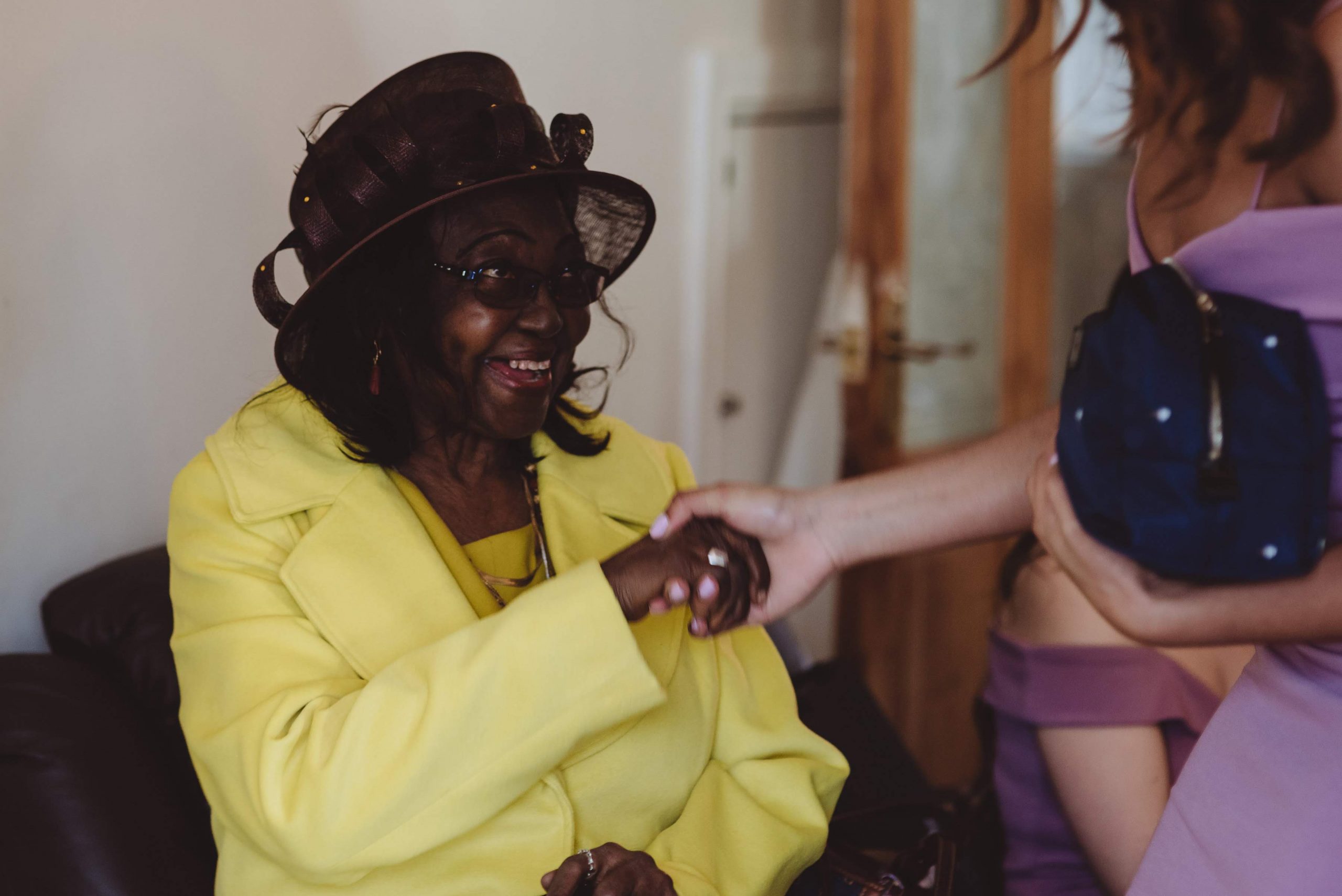 My nan enjoying herself 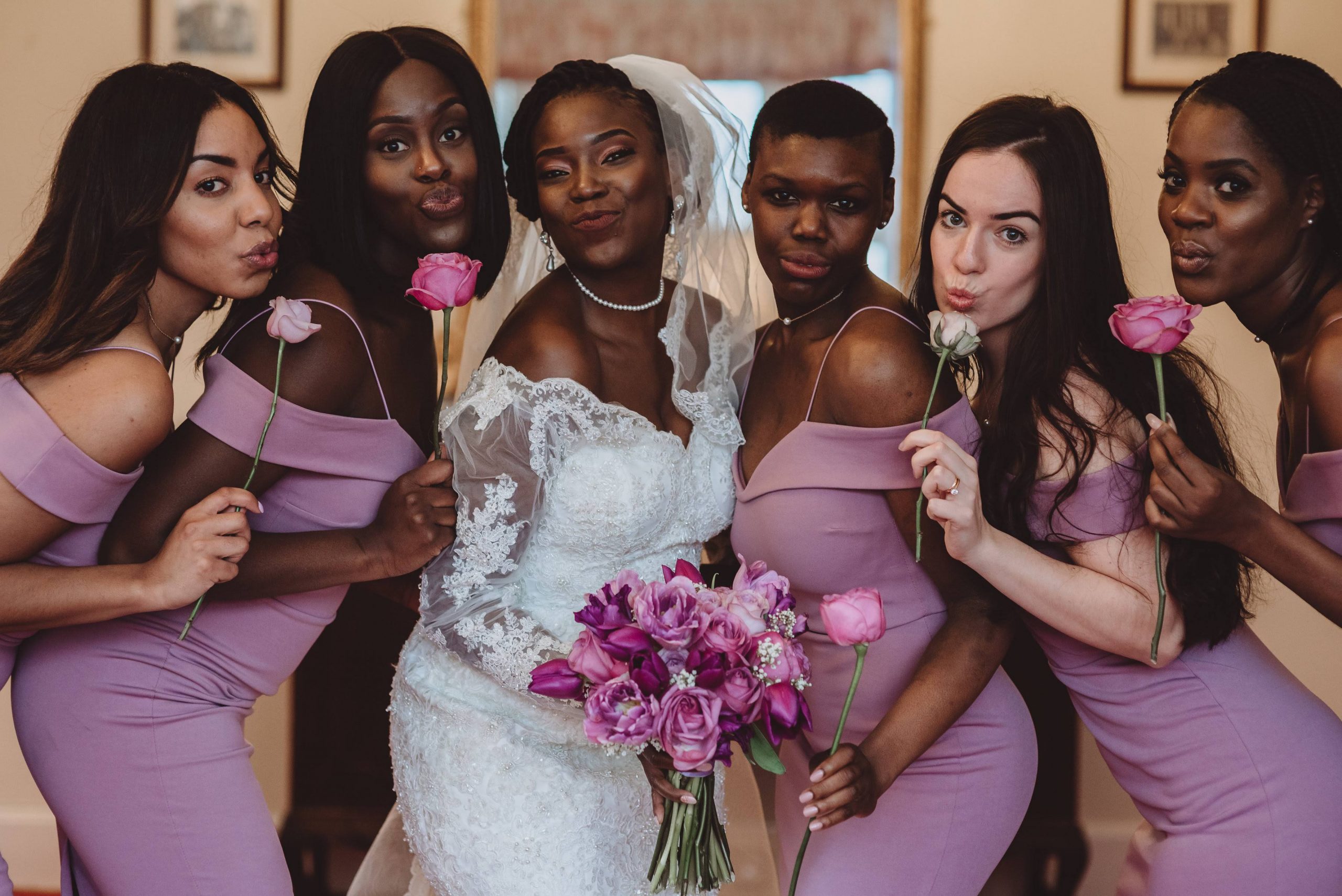 And despite arriving at the church an hour (or more, I genuinely can’t remember anymore 🤦🏾‍♀️) late, the service was perfect and we could tell we were not the only ones thinking that.

Praise and worship led us into a medley of powerful and presence-filled God-directed jubilation only to be topped off by an engaging and enlightening sermon by my Pastor.
Having had premarital counselling with him and his wife, we already knew he would have some deep wisdom for us, but as always he also managed to make it interesting for everyone else in the room, whilst also reminding them to give us time to ‘be one’ and ‘let the glue set’ after our wedding day.

Gyles and I had chosen to write our own vows so I was really looking forward to exchanging them, and neither of us disappointed. Both were beautiful, because both were heart-felt.
The service ended with signing of the register and prayers and we were excited to get into party mode now, thinking the hardest part was over.

Little did we know… 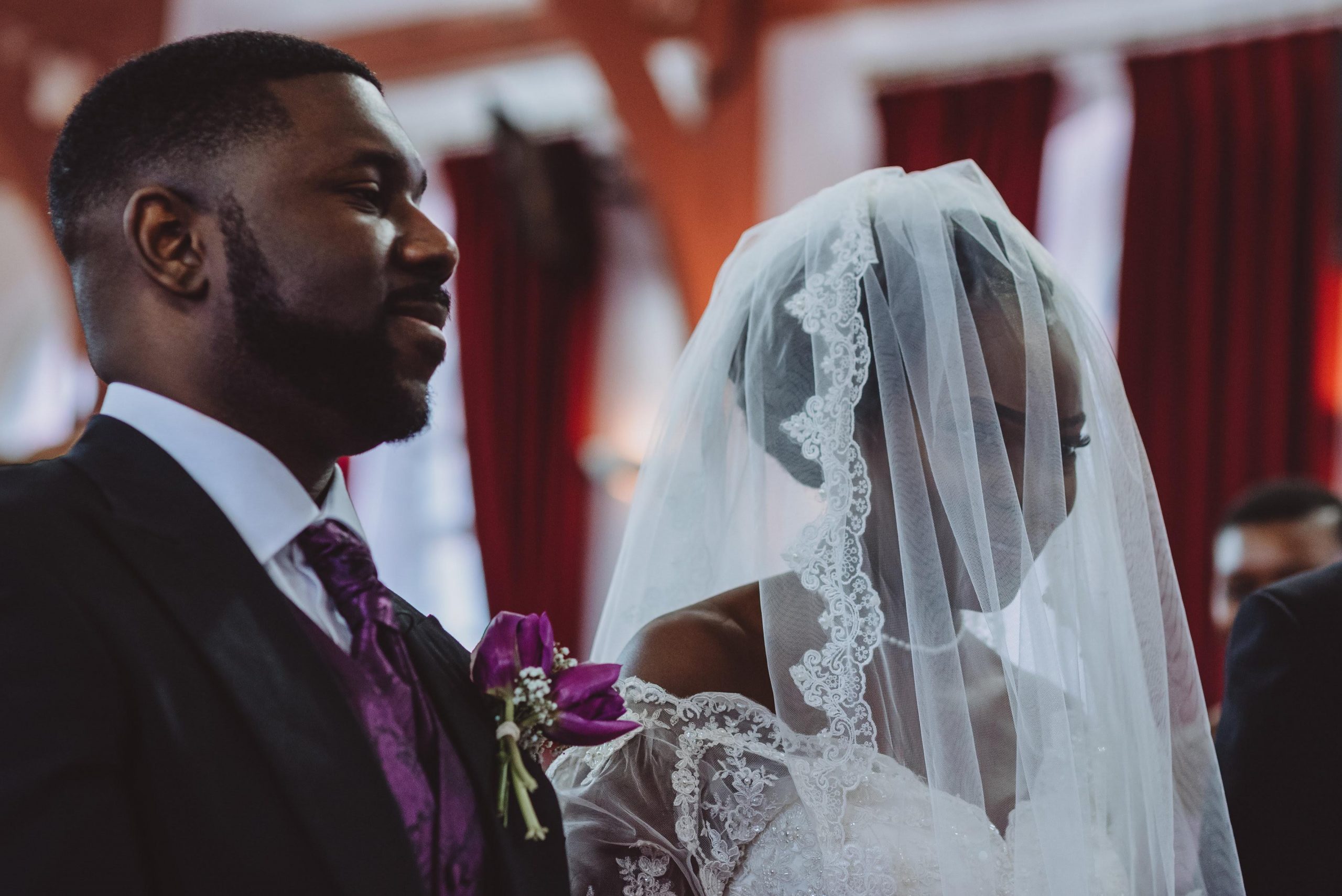 Together at the altar 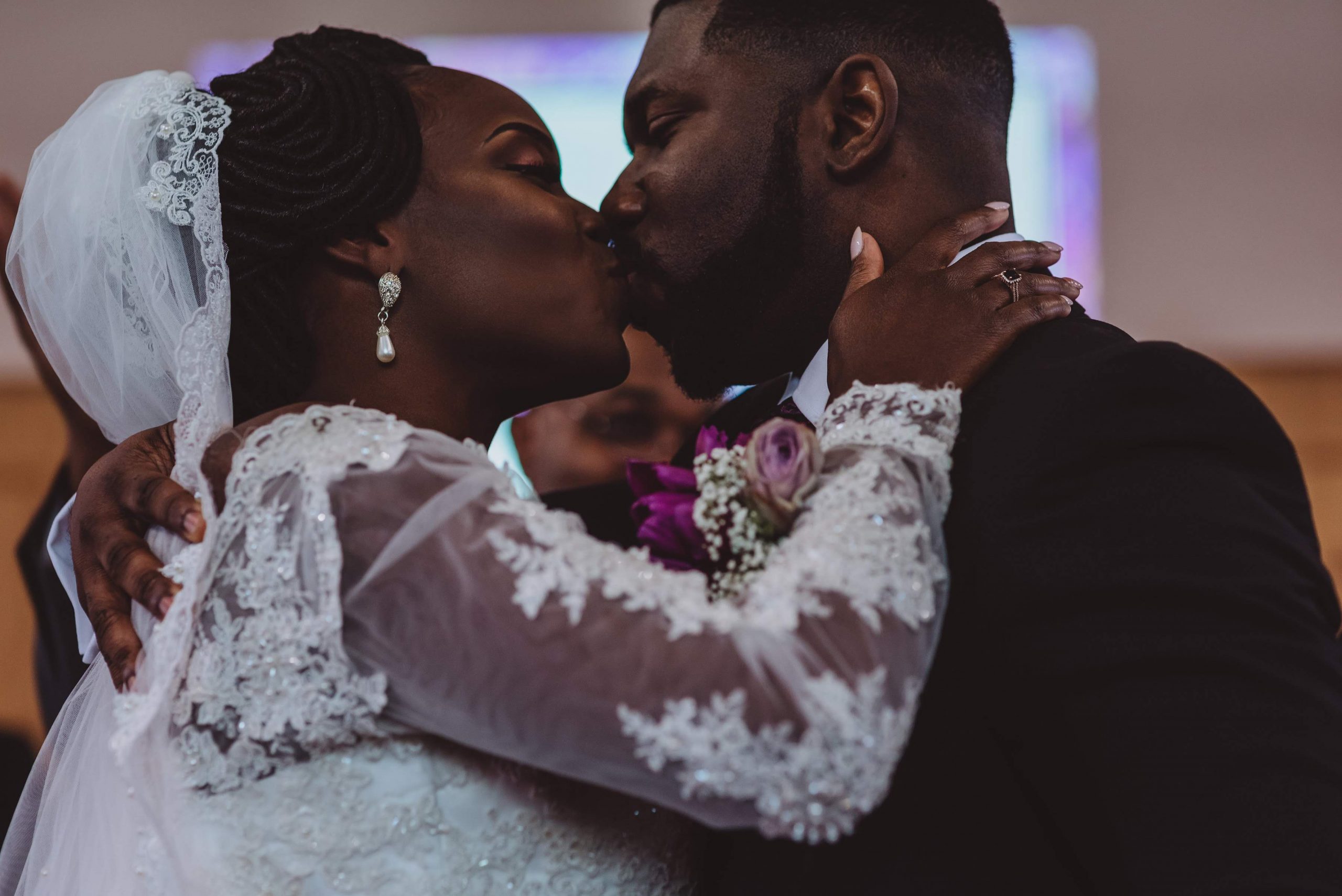 Our 1st kiss as a married couple 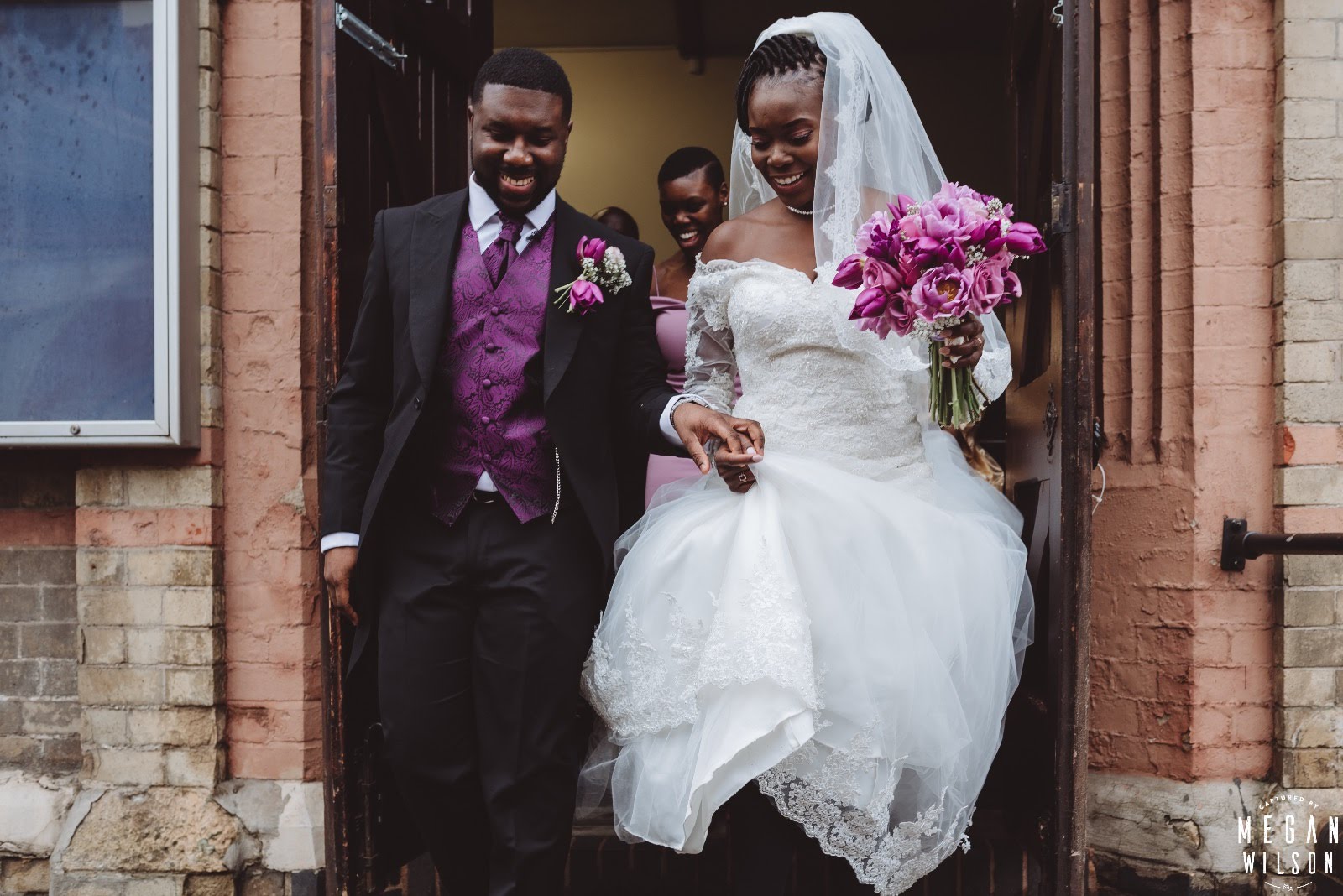 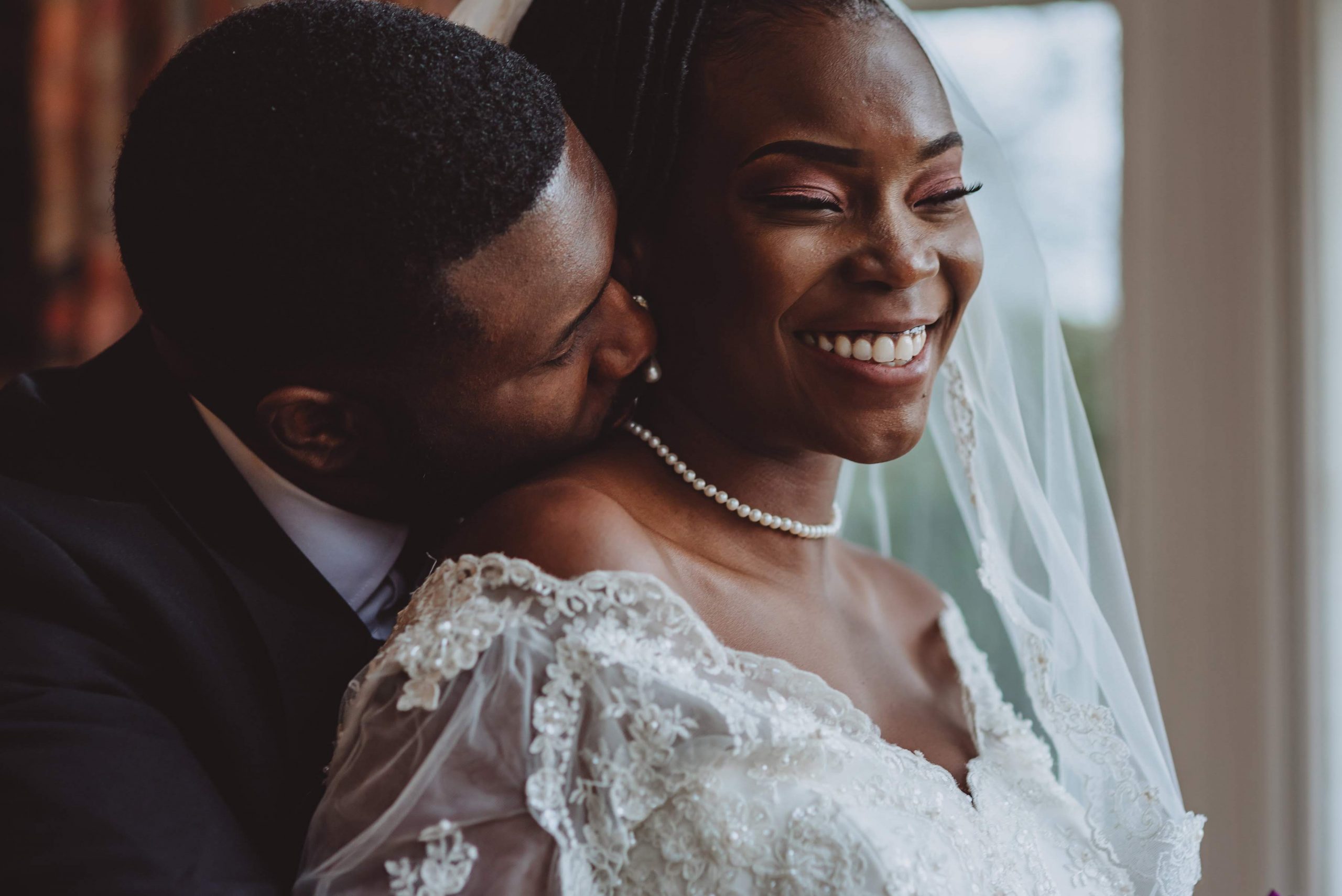 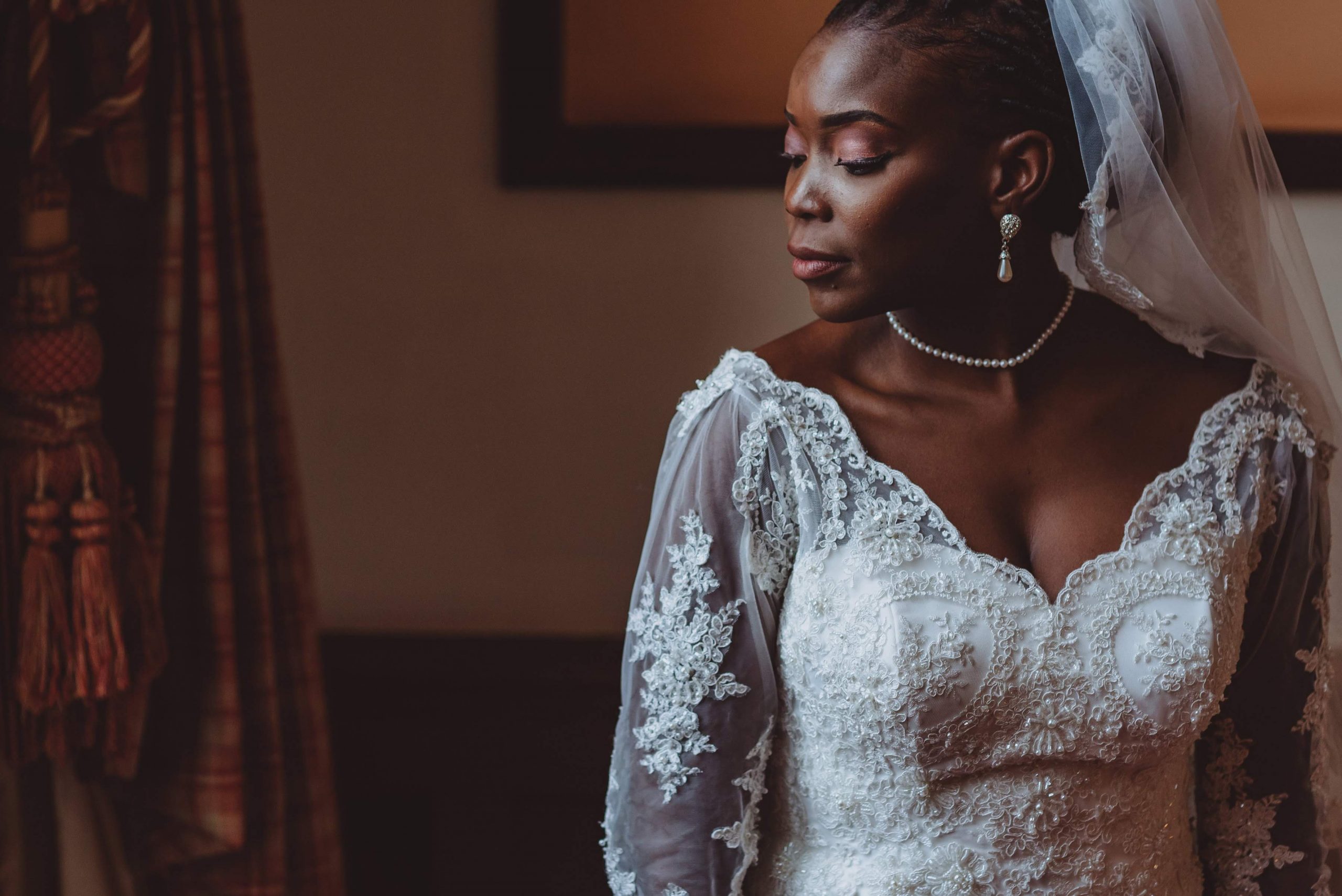 One of my favourite pictures of me 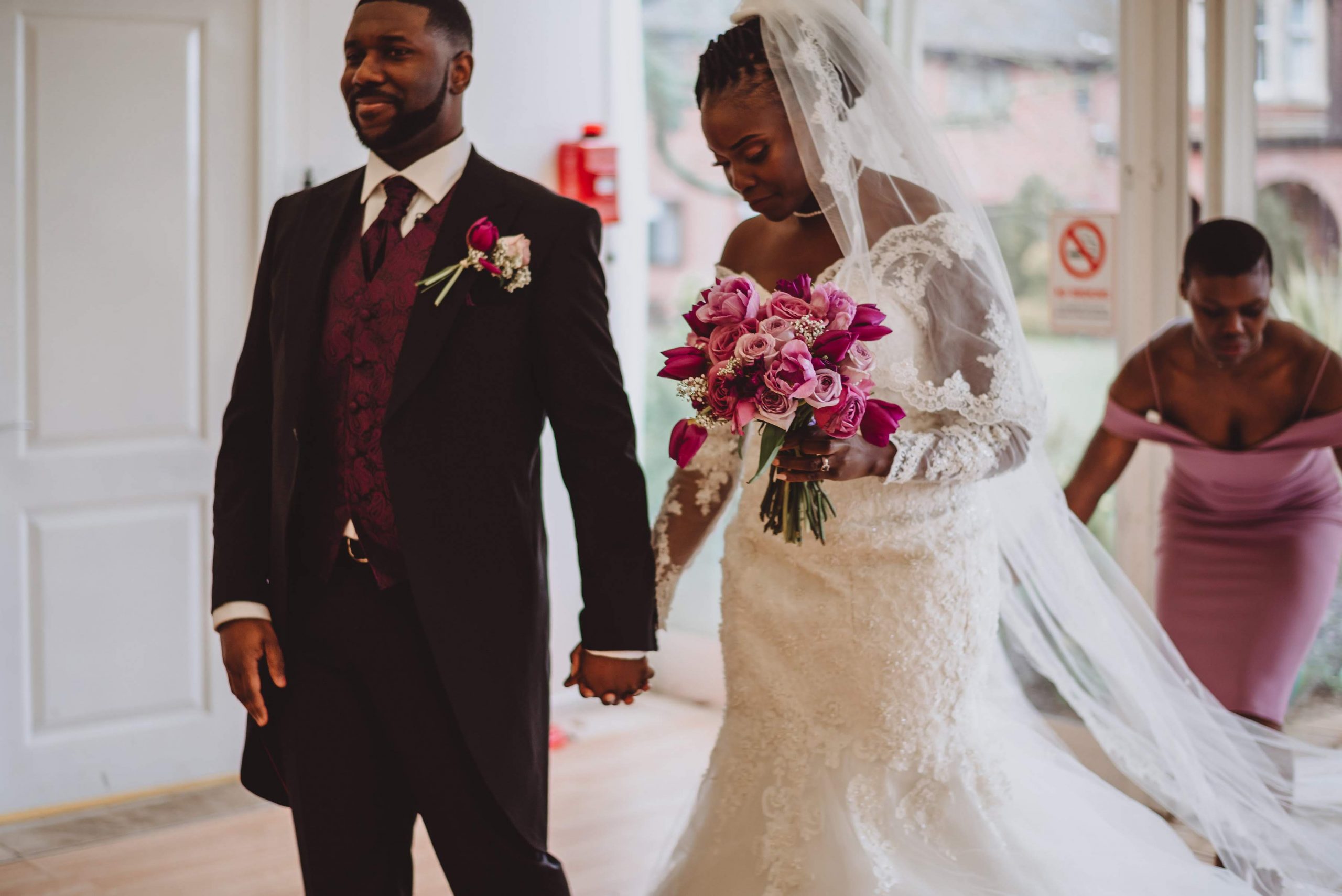 Entering into the pavilion

As mentioned, because of family expectations, we ended up having about 320 guests at our wedding rather than the 250 max Gyles and I would have gone for. This also meant we had to choose a venue accordingly.

We thought we had found a relatively good fit considering costs, distance from church, size etc. when we finally decided on Scalford Hall in Melton Mowbray (oh yes, I will name and shame 😒). The customer service seemed fine in the lead up to the day and we were even accommodated to set the venue up the day before the wedding, at no extra cost.

But when Gyles and I got to the venue on the day, we didn’t realise we would be having major issues later, so we busied ourselves with picture taking unaware of what lay ahead.
When we finally made our grand entrance into the pavilion, it became clear very soon that it was freezing in there. And despite repeated attempts of speaking to venue staff and them saying they would try and sort something out for us, nothing much changed in the temperature.

This was because as we later found out, the ultimate issue was they had forgotten to buy the gas for the industrial sized blow heaters they had promised us to switch on the morning of the wedding. And as our wedding day was between Good Friday and Resurrection Sunday that year, I guess there were no shops open for them to buy the fuel on the day. But because it was snowing that time of the year, the temperature was so unbearable a lot of our guests had to leave well before the cutting of the cake. We tried to claim compensation but the company unsurprisingly went into administration soon after our wedding, and we never heard back from them…

The other major mishap was with the food and to this day Gyles and I don’t know the full story of whether everyone got to eat at our wedding or not. But what we heard is the caterer (a family member) didn’t gauge timings right when one of the appliances broke in the kitchen (the venue had kindly offered them to cook in the main kitchen then, but the caterer declined) and also seemed to be cooking a different menu to what we had agreed/paid for, so food did not go out in the way it was planned to and service had to be halted a few times.
So not only were our guests freezing, but they were also hungry – two things that are of utmost importance to Gyles and I.

In addition, our top table caught fire!
I’m not even joking – although we had ensured the candles were on fireproof surfaces, somehow the flames managed to start melting the fake flowers on the top table and no one realised until it actually broke out in flames. Thankfully, Gyles and I were able to extinguish it with some water on our table without many others noticing.

I remember looking at Gyles at that point, frozen and hungry, and through laughter saying we should promise each other that our wedding day would be the worst day of our marriage and he agreed.
I couldn’t wait for the day to be over.

Despite us being able to pick ourselves up from the low temperatures and low food supplies, there were so many people there and so little consideration from myself what that practically looks like, I feel like I missed the opportunity to meaningfully connect with many loved ones, especially those who had travelled from outside the country just to be there with and for us (thank you all 💞) .

But we finished the day in style, having changed into our African outfits and danced ourselves warm with the family and friends remaining. 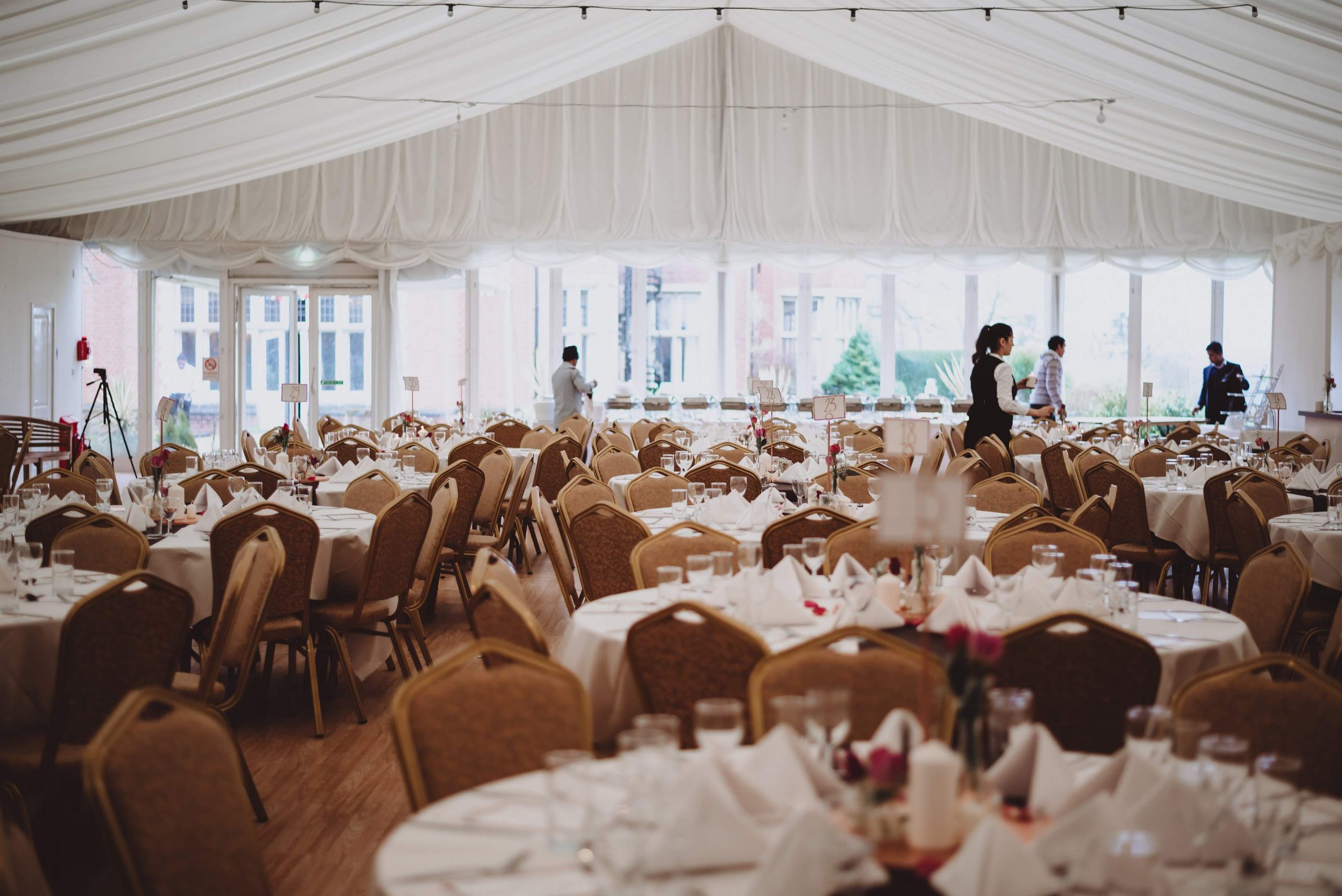 At the venue, before things fell apart 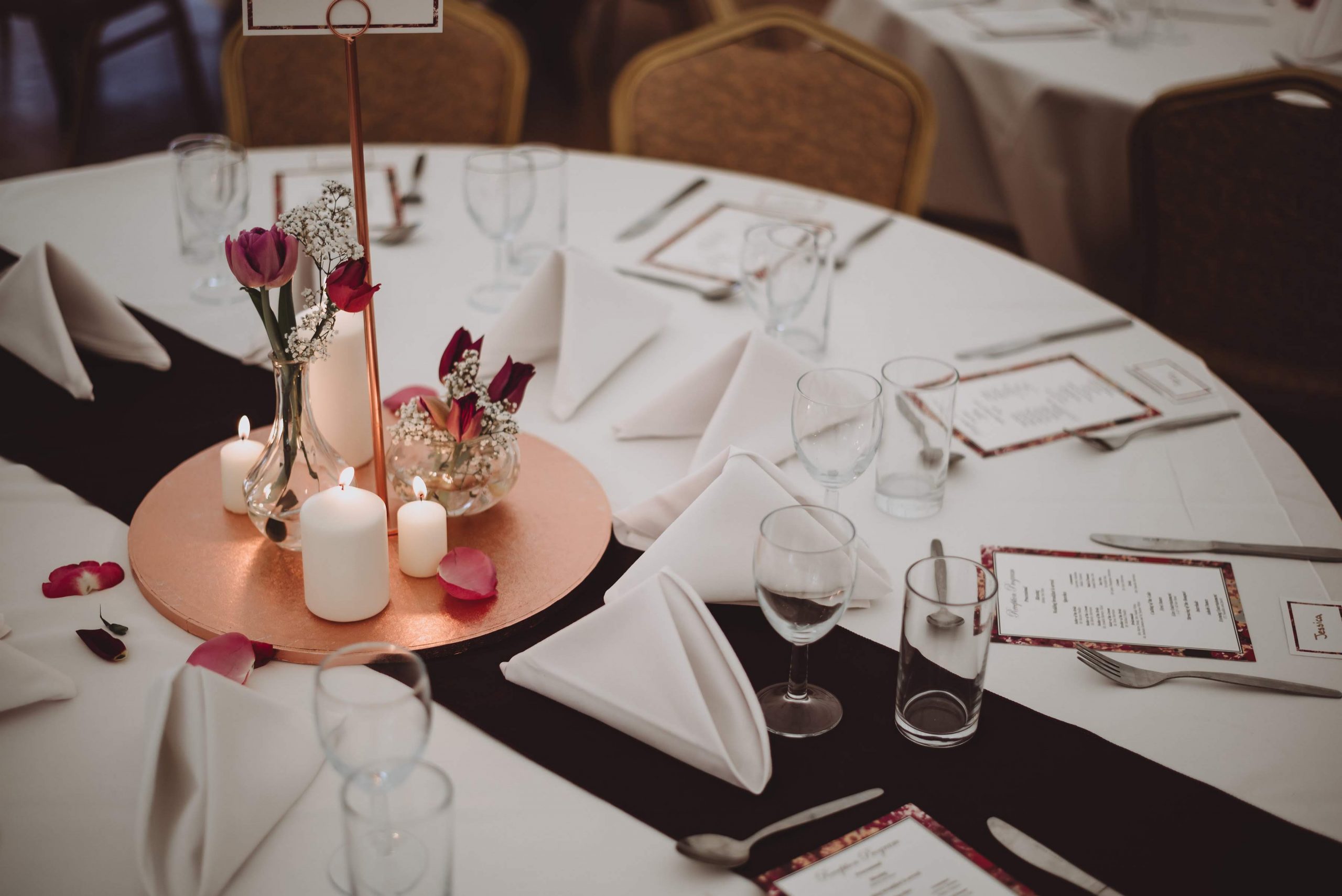 We loved every detail 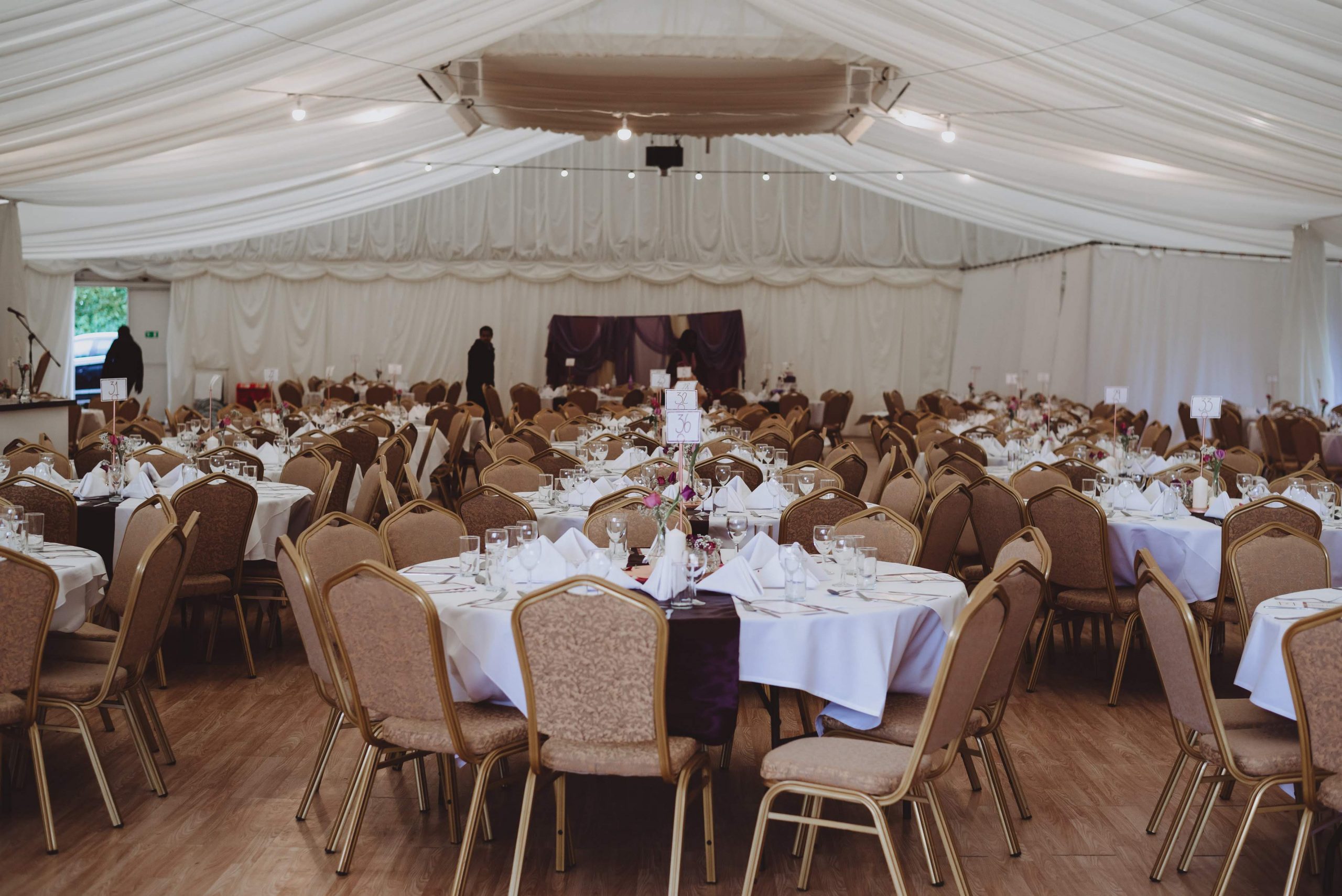 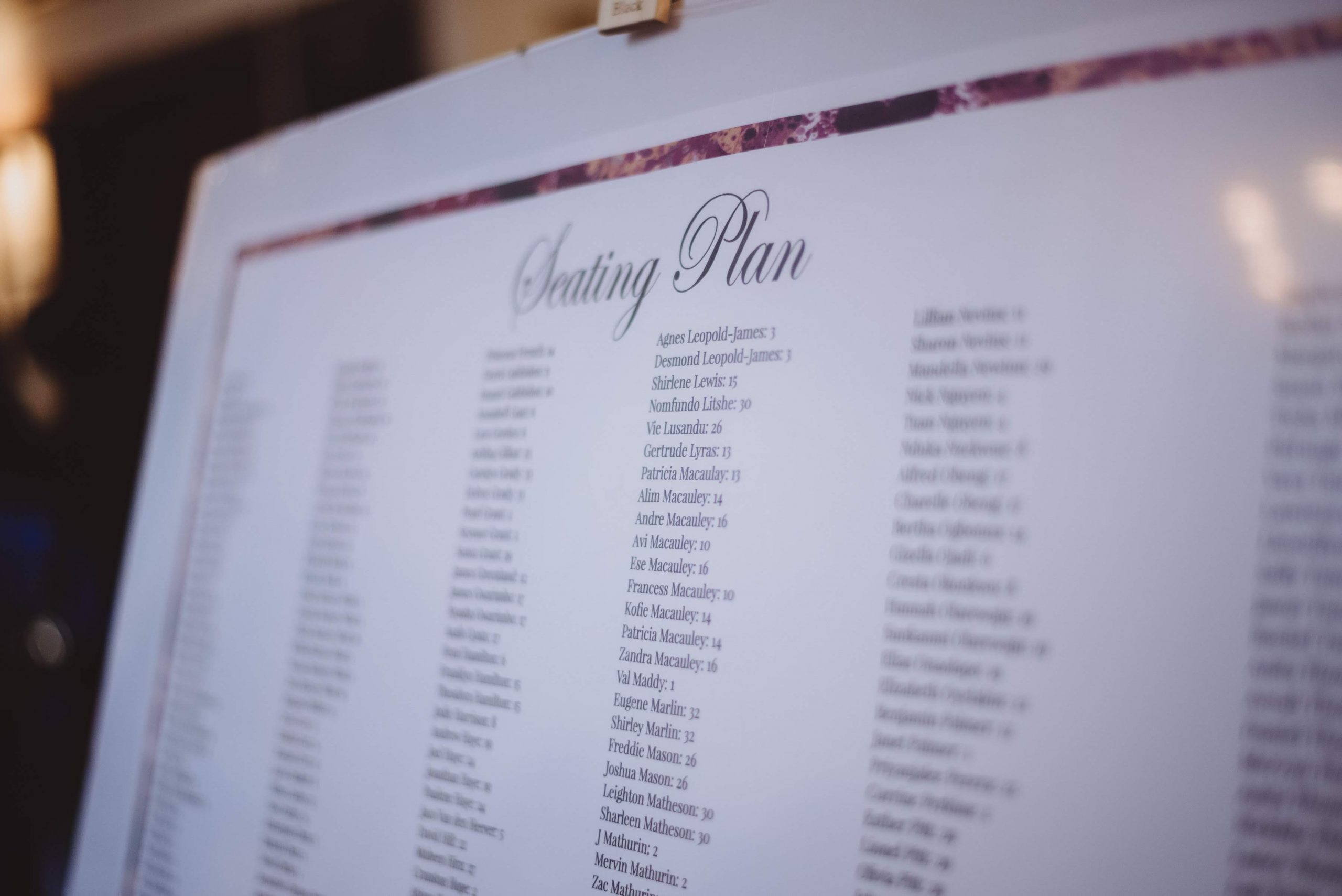 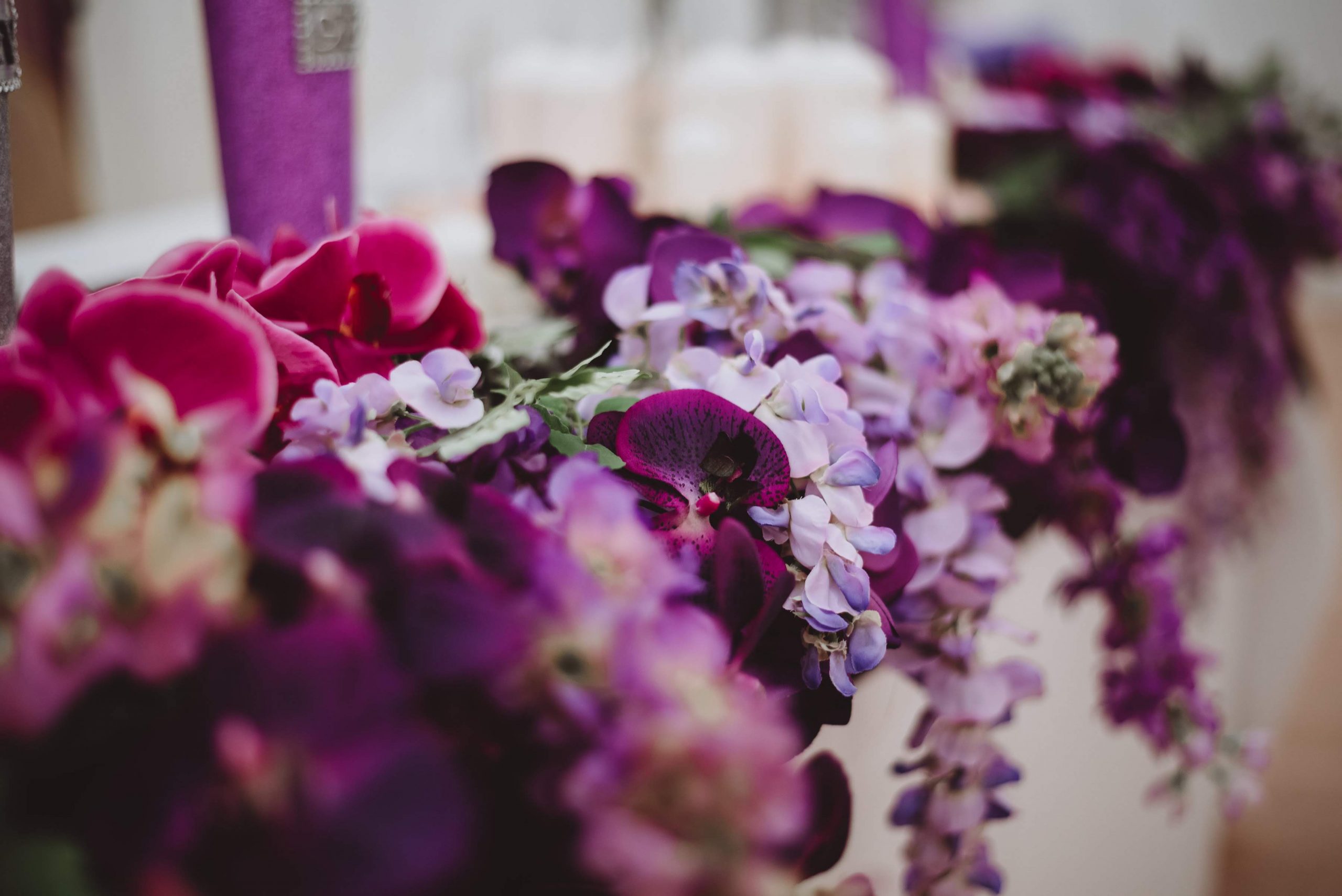 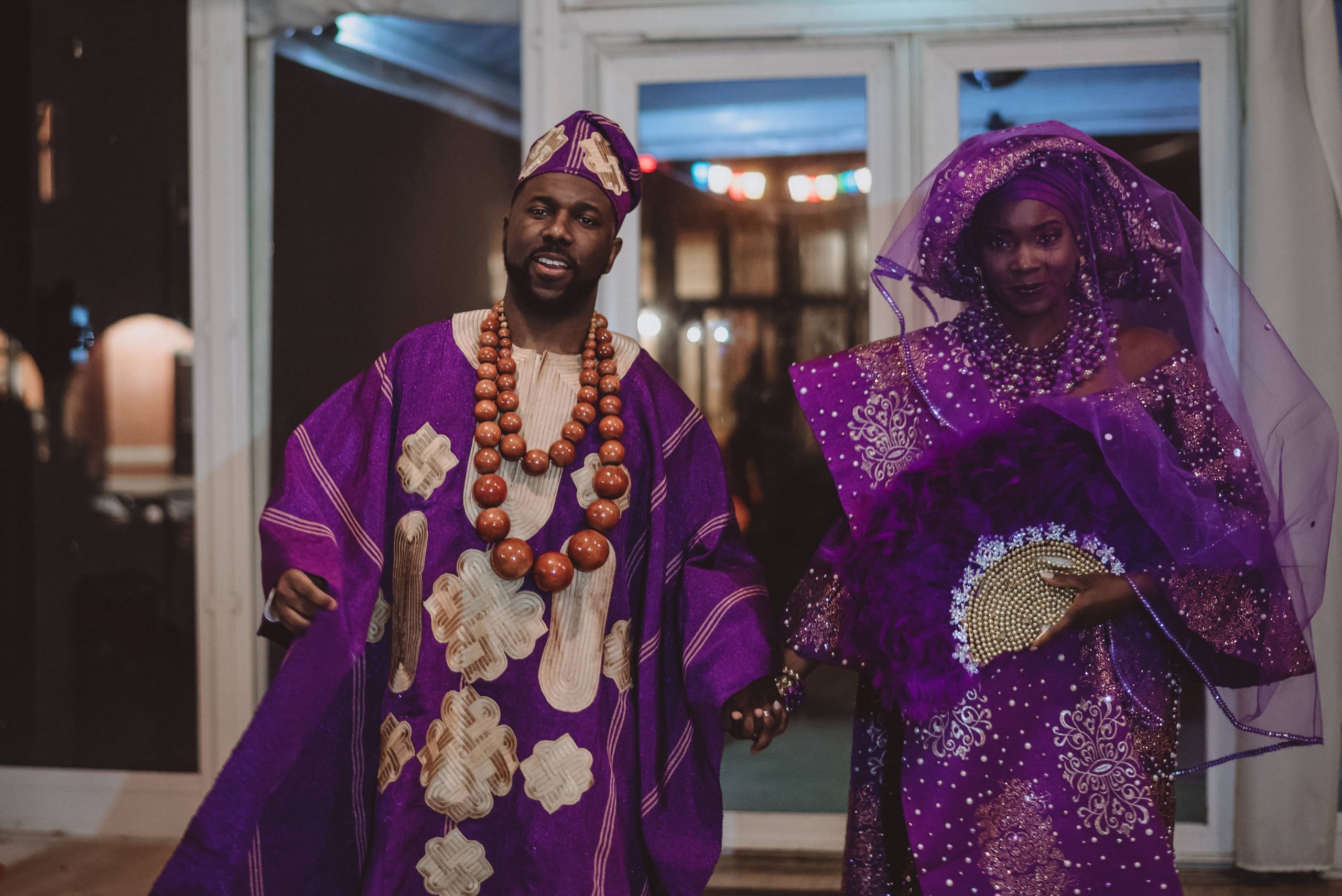 All wedding pictures are copyright of  Captured by Megan Wilson

Obviously Gyles and I properly finished the day in style by ourselves in our honeymoon suite 🥰, away from the busyness, beauty and disappointments of the day.
It reminded us that the best was yet to come: a hoped for and working towards happily ever after as best friend, at our pace, with only our expectations to focus on.
And it has truly been a great adventure ever since!

It’s been two wonderful years – full of living, loving and learning to be more like Christ. It hasn’t always been easy or without conflict, but it has certainly been worthwhile.
And what has made this so amazing is that above all, we just get to be –  no masks, very little drama, being unapologetically ourselves because we love ourselves and we love each other.

Two years down the line and a lifetime to go…
I get now why God said it isn’t good for man to be alone, because being able to start and end each day with your best friend is incredible and an experience I wish and pray for all my single friends who want marriage to have.
Don’t get me wrong, marriage is never better than God, just NEEEEVVVEEERRRR!!!!
But there is no one else I’d rather pursue God, build legacy and enjoy life with than Gyles!

Thanks for joining me on. this journey of retelling my love story thus far – my hope is that you’ve seen both God moving and us choosing each other throughout. We are no more special that anyone else and I do believe for those you want it, our loving Father has His very own Father’s Tale prepared for you. If you need help deciphering that for yourself, contact me, I’d be honoured to help. 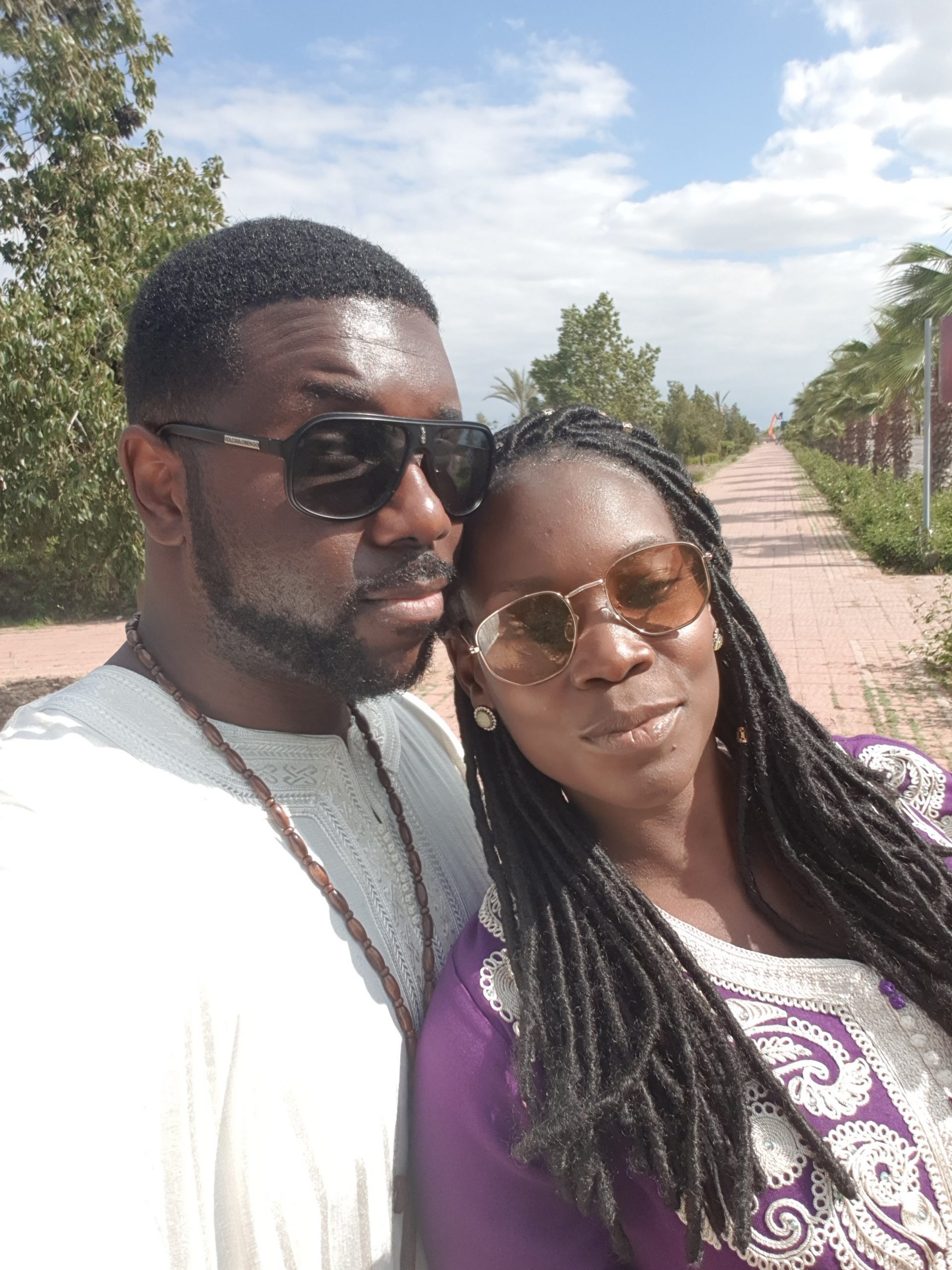 On our honeymoon in Morocco 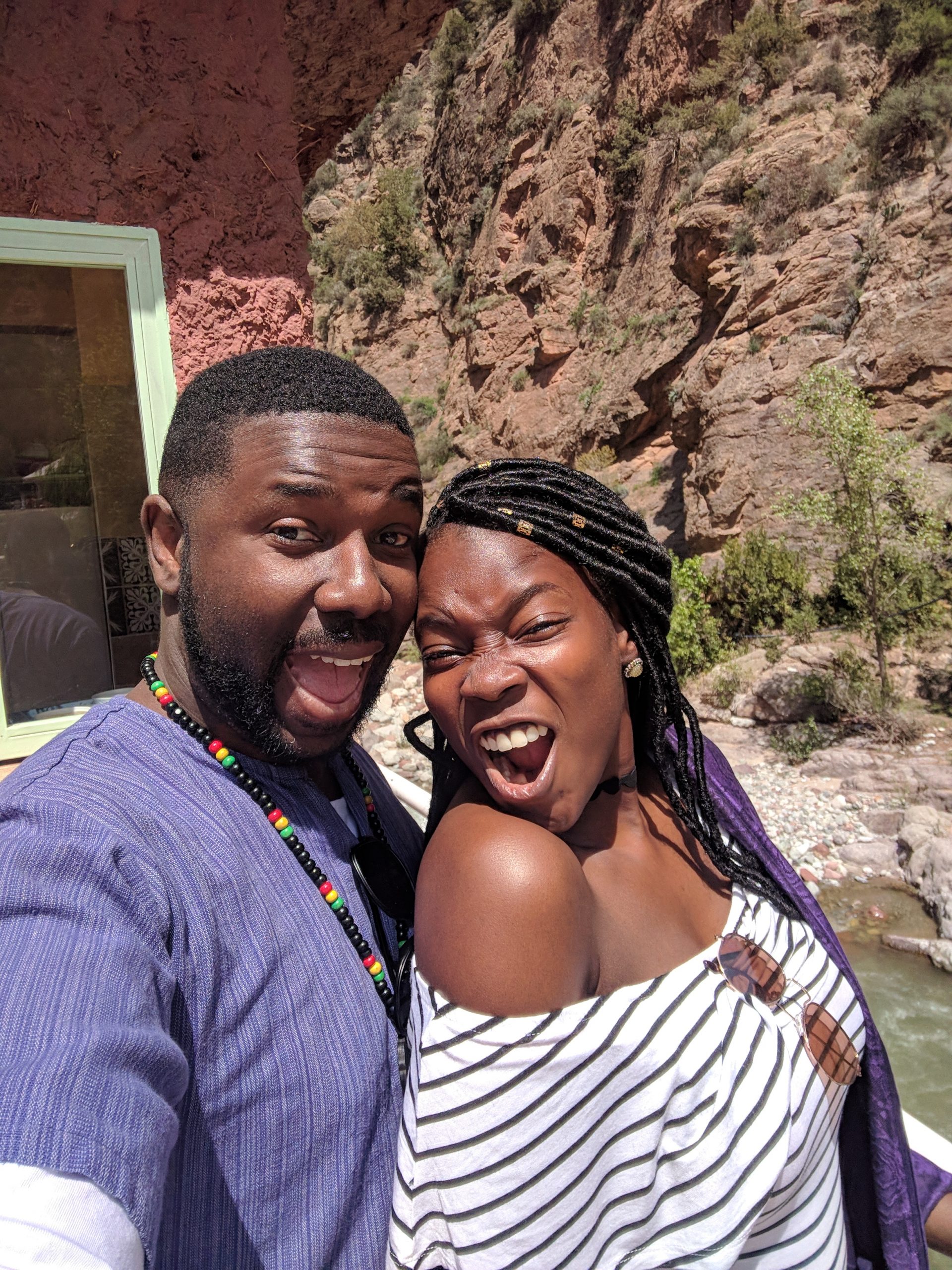 Such a fun time 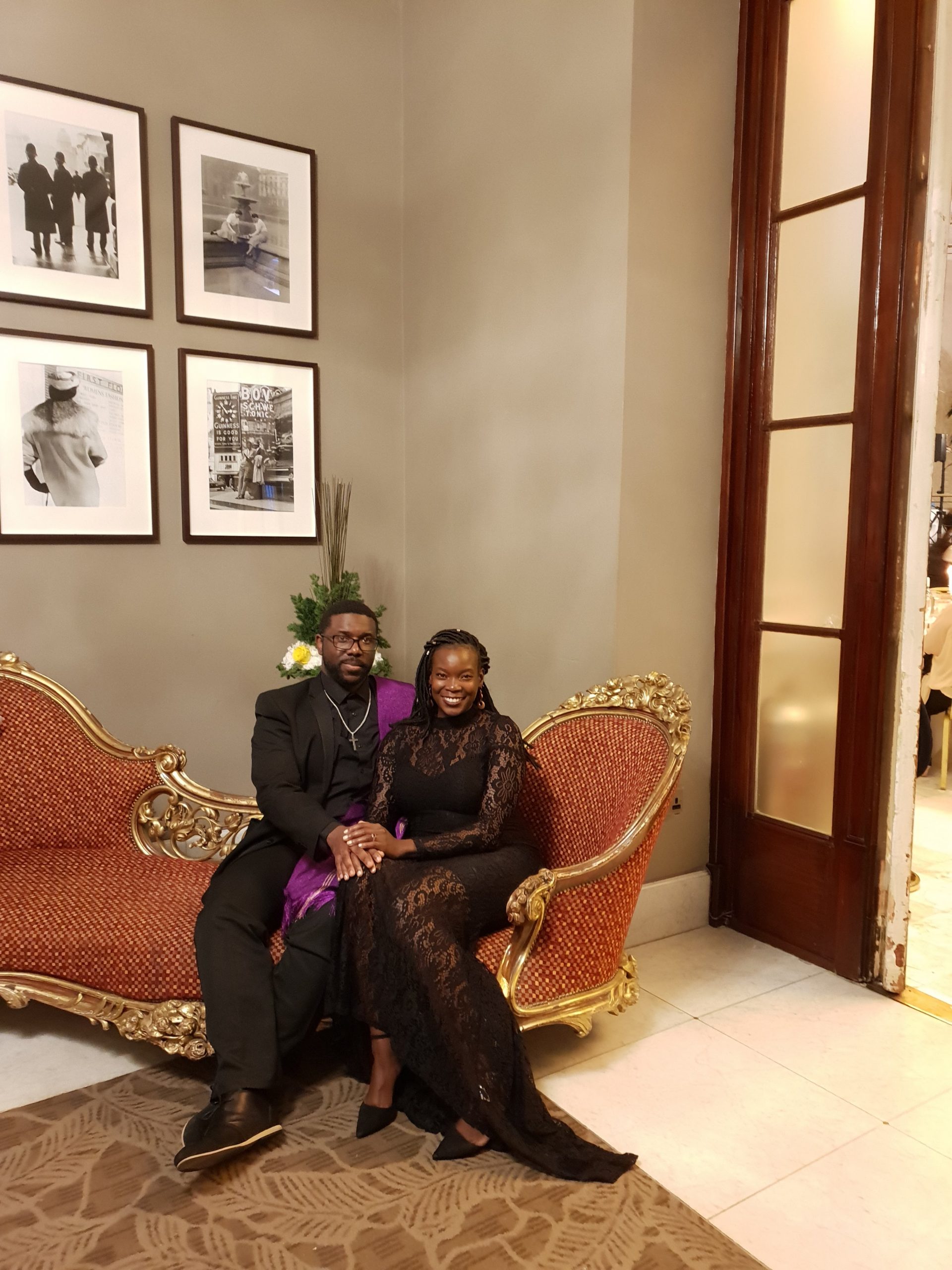 2nd Part of our honeymoon at the Waldorf Hilton in London 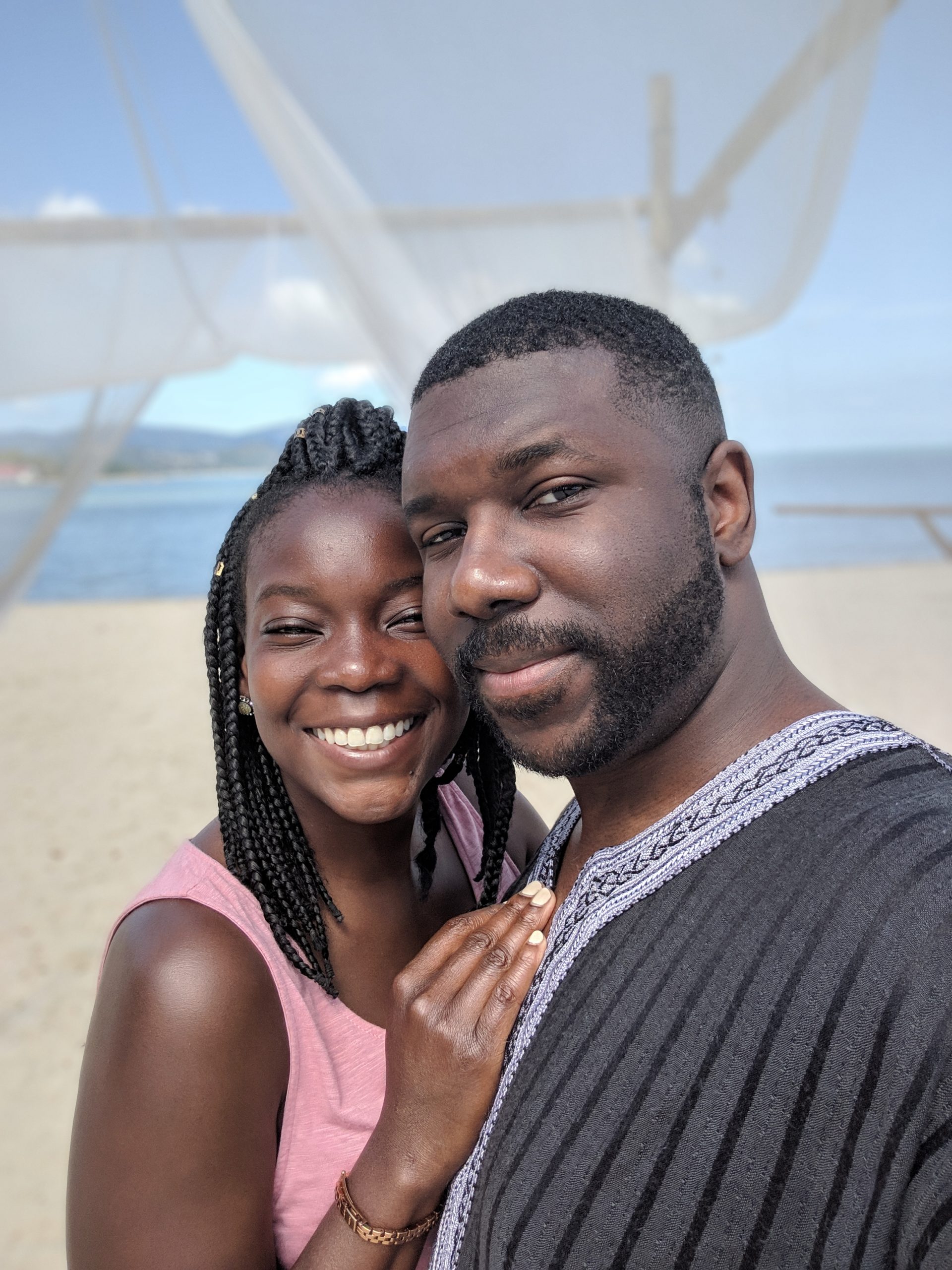 On Koh Samui, Thailand for our 1st anniversary 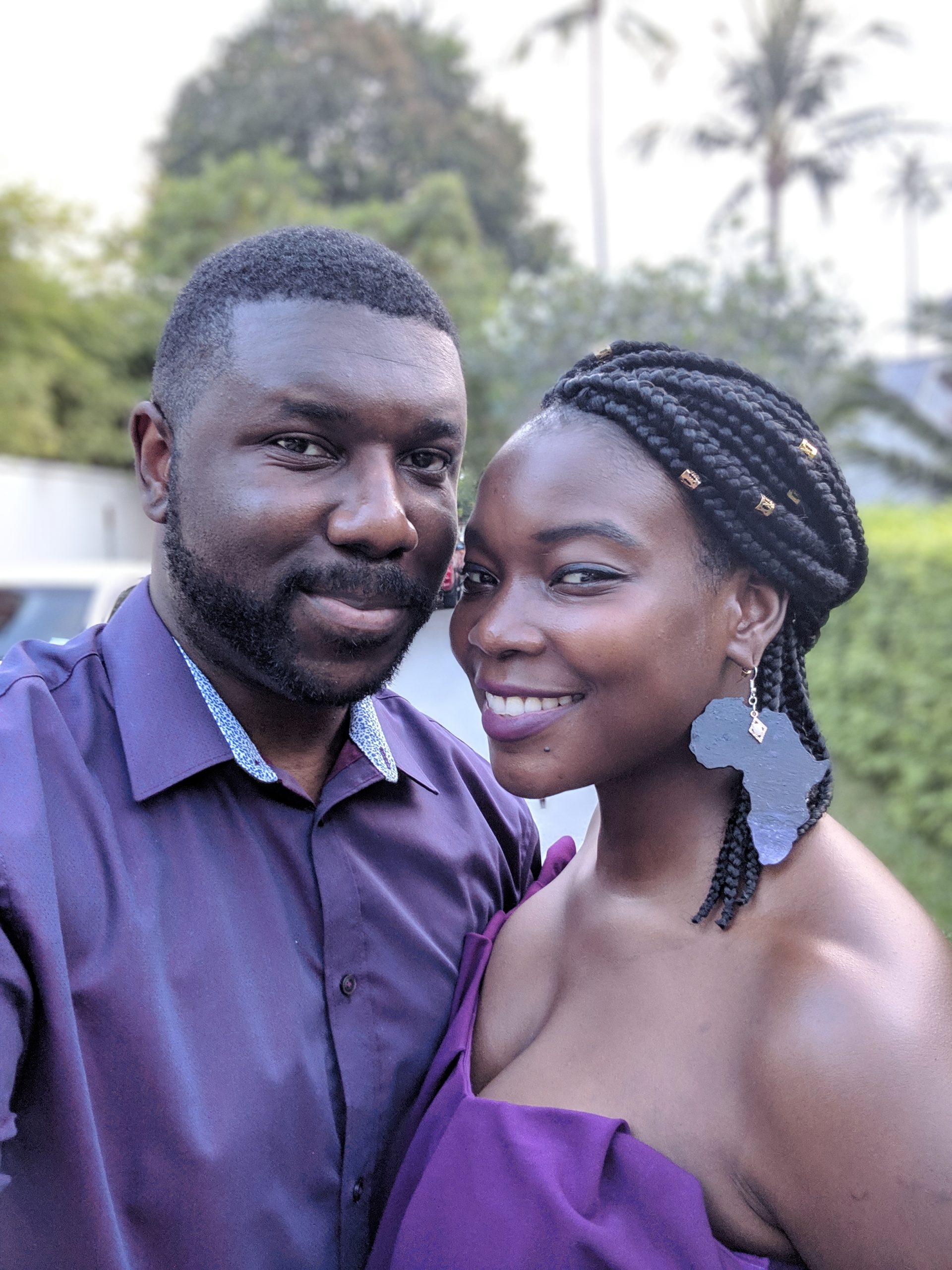 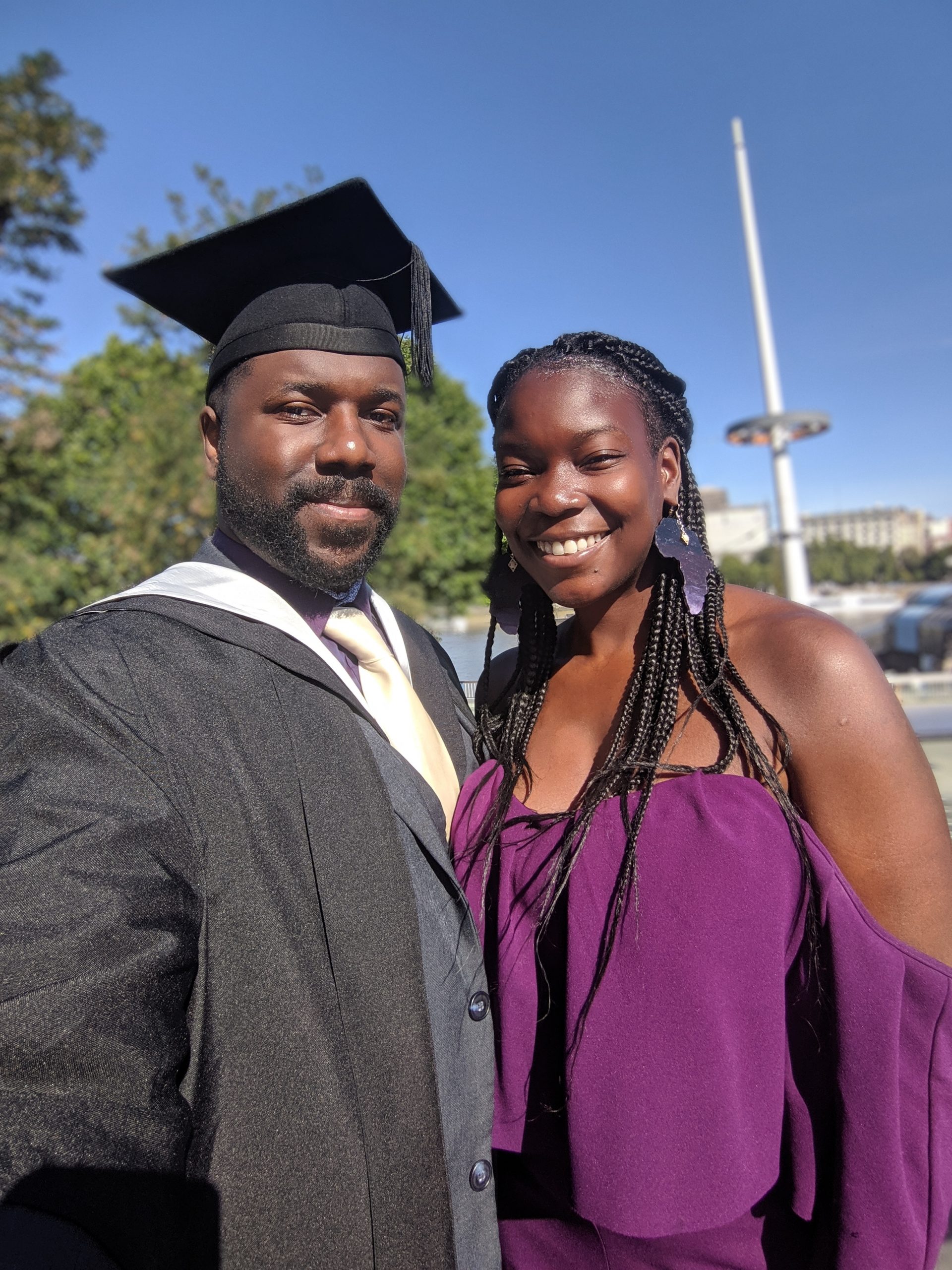 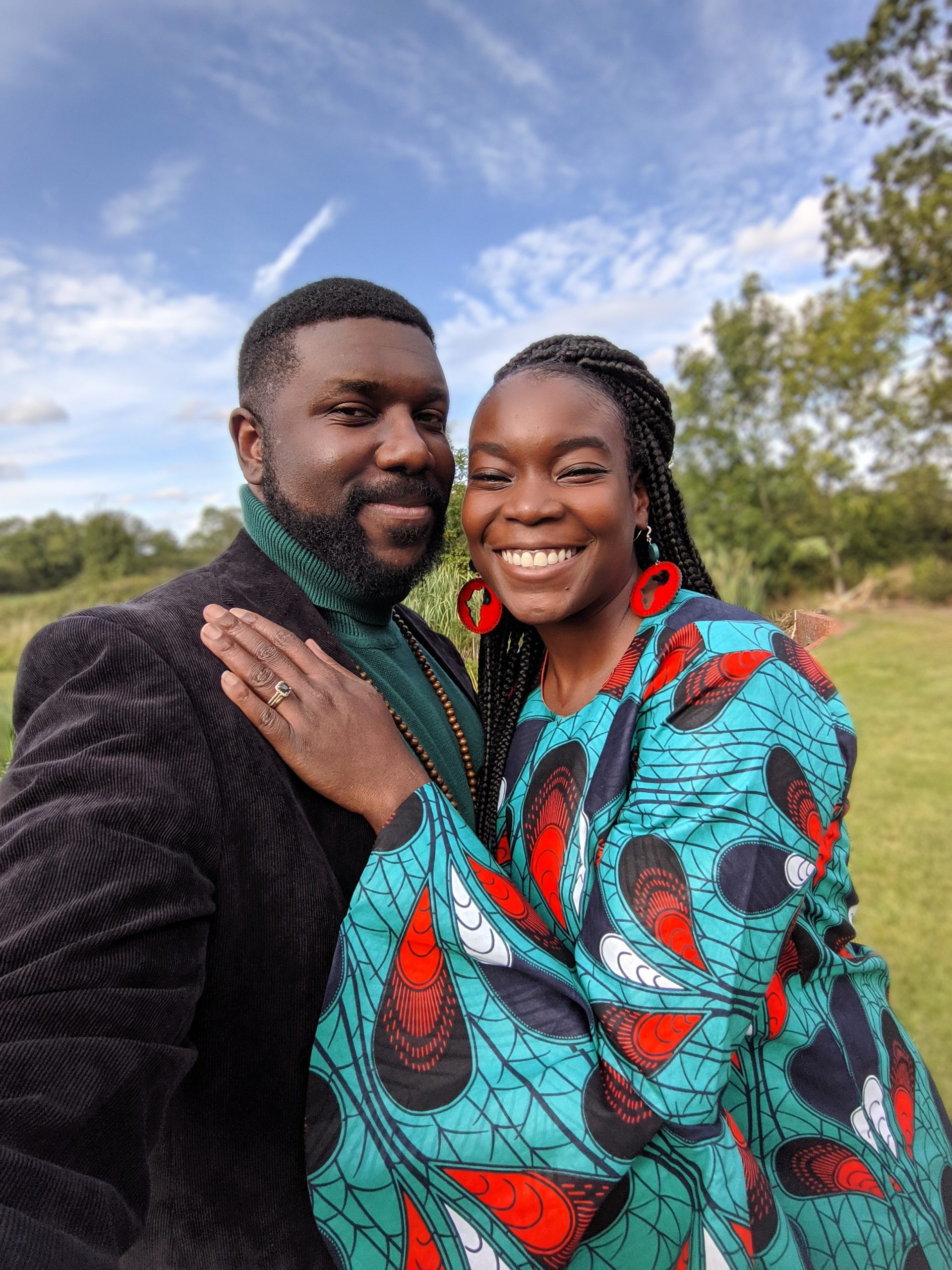 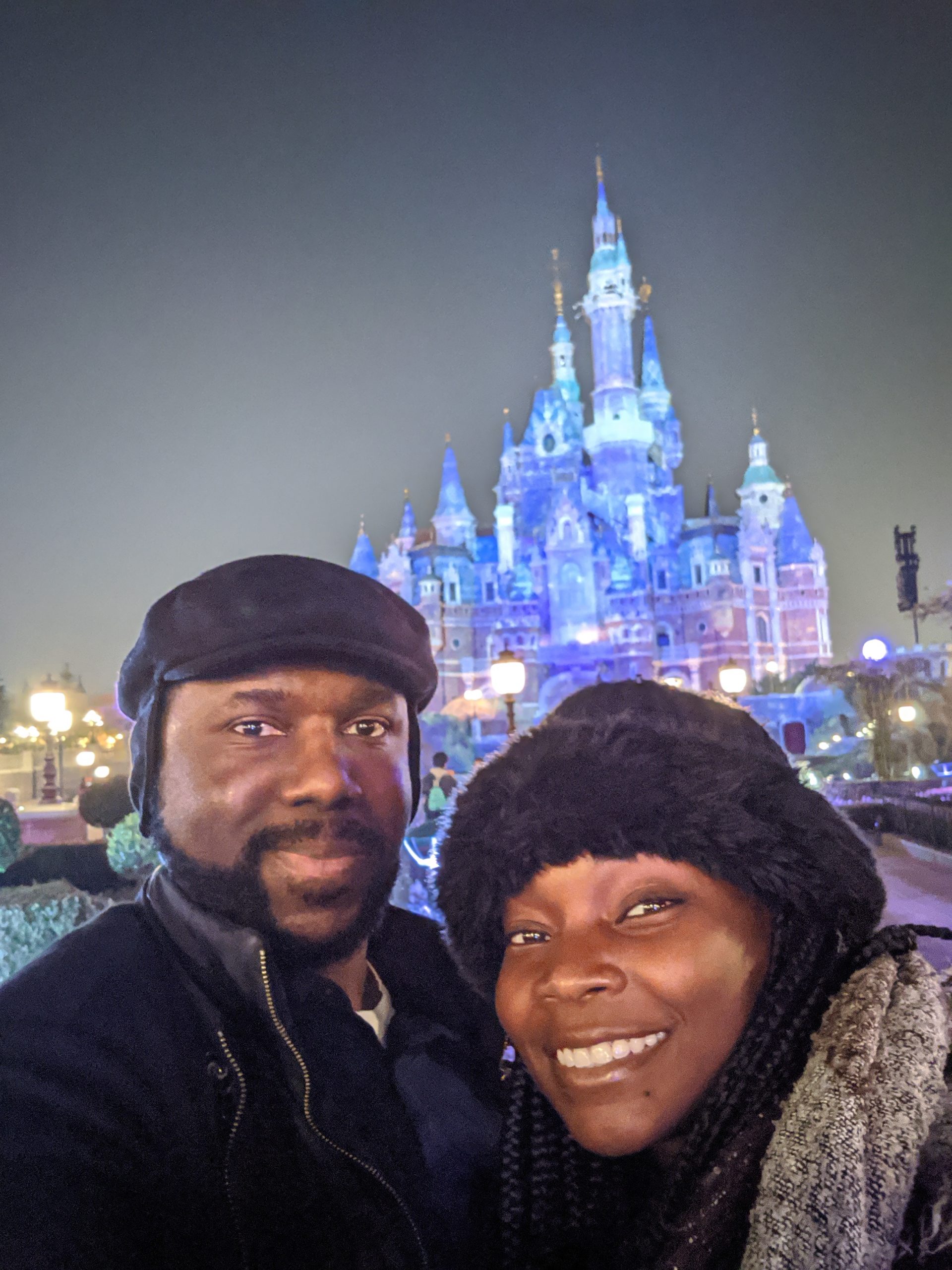 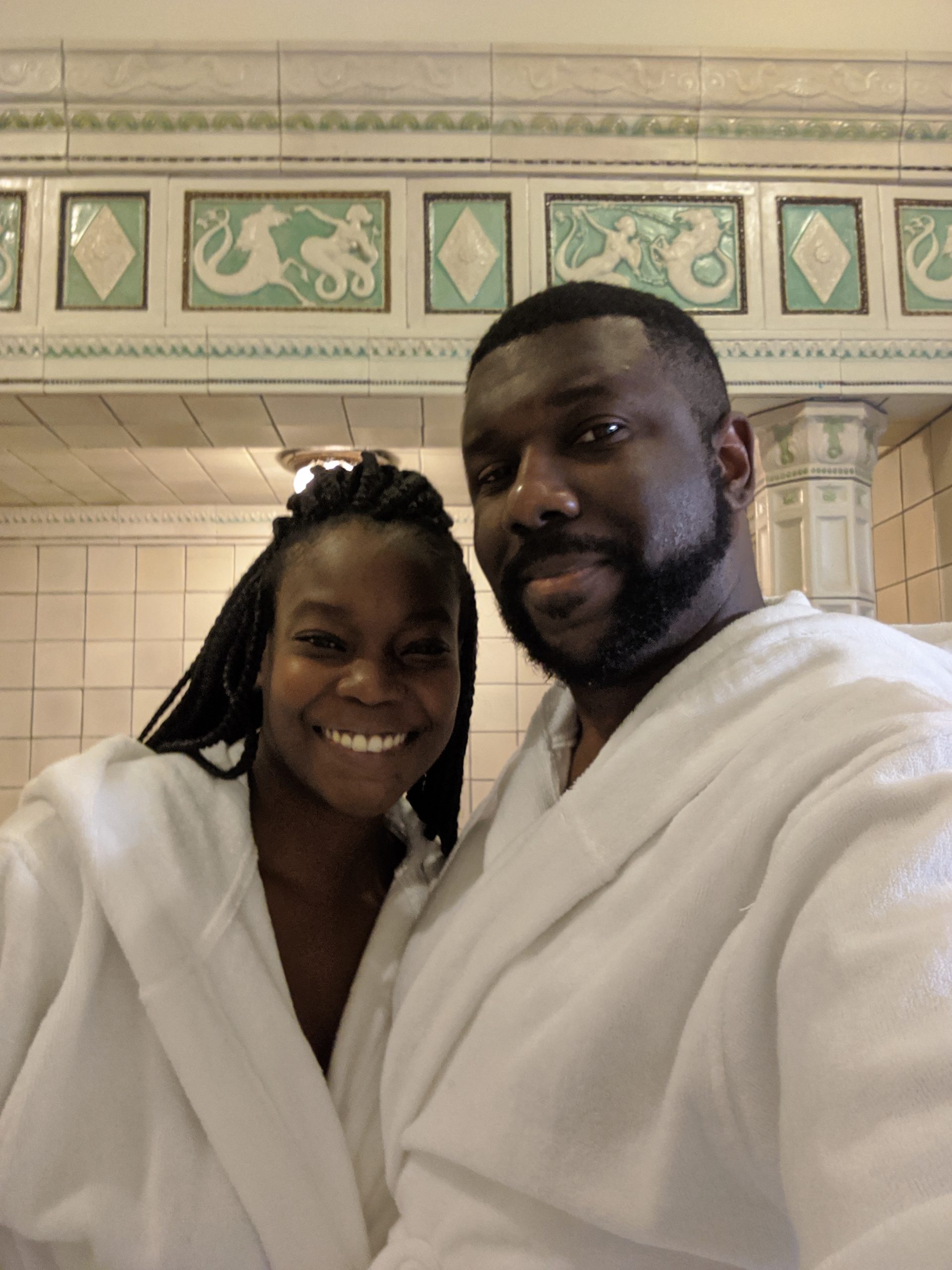 Christmas 2019: At a thermal bath in Wiesbaden, Germany

Leave a Reply, you know you want to! Cancel reply

This site uses Akismet to reduce spam. Learn how your comment data is processed.